I saved the following image in my second year of graduate school. 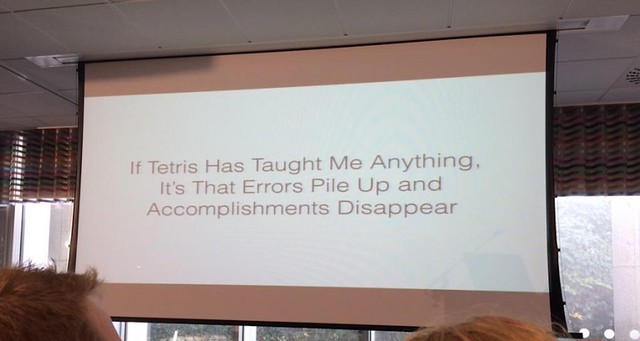 It looks like I saved the image in March of 2016, meaning I likely found it on Twitter. I couldn’t find the original tweet, but when I reverse image-searched it, this is the attribution that I found.

Since I first saw the image, it pops into my mind every now and again. It’s a sardonic reminder, but it encompasses the ethos that’s motivated me to push forward: sheer perseverance.

Almost exactly four years later, in March of 2020, COVID-19 infiltrated Austin and I was suddenly packing up my workspace in a near-empty lab. In the confines of my apartment, I completed the remainder of graduate school and was awarded my Ph.D. Immediately following my virtual graduation, I began the Insight Data Science program, learning about how I could reframe my academic skills within a non-academic job market. The tetrominoes fell on the board: the degree, the program, the project, the neat lines they made disappearing with time. The hum of the global pandemic grew louder, accompanied by the cries of racial injustice, the cacophony of partisan politics, over the beat of a world literally on fire.

Over the tumultuous ballad of the year, there seemed to be no time or space to rest on laurels, only anticipation for the opportunity to clear a couple lines in the game again. But with the tumult also comes some perspective, and over the past few weeks I’ve come to realize that interpreting the game in such a fatalistic way can be myopic. Instead, when missteps compile, it is in your best interest to remain calm, and with a bit of dexterity you can navigate the pieces out of the pileup to clear the board once more.

Moving forward, I want to incorporate this realization. On the wall above my desk in the lab was a string of letters that spelled out “PERSEVERANCE.” Here I am taking it down on that fateful March morning, smiling with the naivety of that spring. 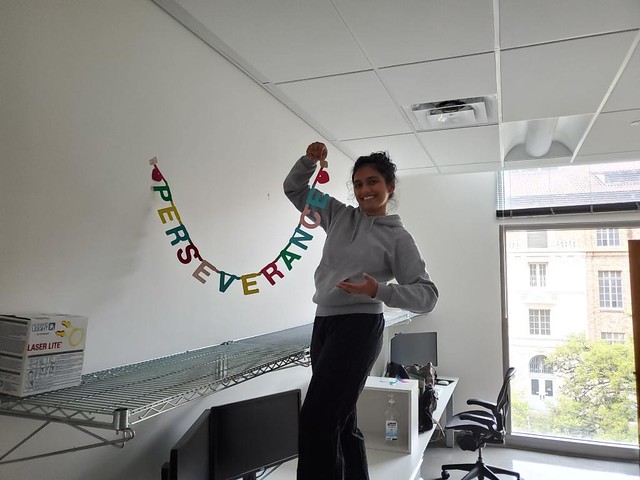 To replace it, now in a corner of my apartment, I have strung up a different set of letters, spelling out “OPTIMISM.” I want to punctuate my life with experience and knowledge, and not feel so indebted to my accomplishments to demarcate progress. 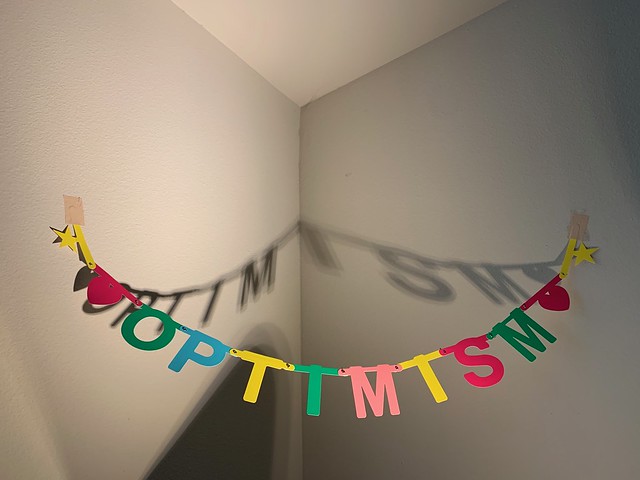 I realize that trite placations are not a salve for the real problems, but like this tweet by a historian states, “everything that is bad right now is fixable.” And I’m going to cautiously approach the rest of the year with that in mind.

This post is a bit more personal than usual, and probably reads as corny. But I think it would be remiss for me to move forward with this section of my personal website without addressing the impact this year has had on our lives without due sincerity.